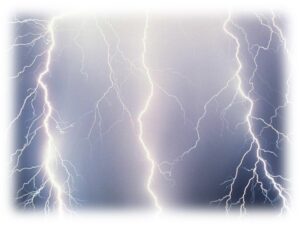 Dog training courses can help you learn how to deal with behavior problems caused by both nature . . .

Ah, the age old question “Which has more influence over our behavior? Nature or nurture?” And, of course the answer has gone back and forth like a ping pong ball for decades. Fortunately, today there are enough good courses for dog trainers which address this question so that we don’t have to continue to debate the issue. The real answer is that the two are inseparable.

What it really boils down to is, you can’t do something if you are not genetically capable of doing it – i.e., pigs can’t fly – and you won’t do something you’re genetically capable of doing unless there’s an environmental stimulus – i.e., blink your eyes. Of course there are various bodily functions such as heart beats, that don’t need a stimulus in the way we think of them, and there are others, such as pupil dilation, that do need an environmental stimulus. But for most behavior – particularly the behavior professional dog trainers deal with – we need some kind of a stimulus and that stimulus usually comes from the environment.

In developing effective courses for dog trainers, an important question needs to be answered. How do nature and nurture affect us as professionals, particularly when using positive dog training techniques where you don’t just force the dog to do what you want? This is a very important concept for those just learning to become a professional dog trainer, as well as those who have been at it for a while. So let’s explore the question in more depth.

(I want to preface this section by saying that there is a lot of new understanding about genetics and heritability which may refute some of what I’m about to say. I am not a geneticist, so my knowledge is pretty basic.)

The ability to learn is genetic. But what we learn is not heritable. So we can be born with an ability to learn certain things, and every species is more susceptible to learning certain types of things. For instance, a horse is more likely to learn to be afraid of a snake than of a boulder – because a snake is more dangerous to the horse. A grizzly bear is likely to take to the water and learn to fish more easily than a camel – because a good portion of a grizzly’s diet is fish, and none of a camel’s diet is fish (not to mention there’s not a whole lot of water in camel territory).

So, as animal trainers, we need to take into account what the animal is designed to do – and this is a function of nature. Dogs, in particular, have been bred for certain traits which do affect their behavior. For instance, Corgis tend to nip at people’s heels, herd children, and bark, because this is what they were bred to do. Corgis were bred to herd cattle and sheep by nipping at their legs. Their barking probably helped herd the animals and also alerted shepherds to potential problems.

Not all breeds act like Corgis – for instance, most terriers love to dig, grab, and shake. For the most part, terriers were used to keep the vermin population down. Many vermin live in the earth, so terriers became diggers – in fact, the word “terrier” derives from the Greek work “terra” which means earth. Also, their job was to catch and kill said vermin, so they love to grab and shake.

And even other herding dogs don’t act exactly like Corgis. Although there will be some overlap in behavioral motor patterns between all herding dogs, such as controlling others’ movement, each breed has a specialty, almost always based on the terrain in which they work. For instance, Border Collies are famous for their “eye,” which helps to control the sheep they are herding.

But even with all this genetic influence, nurture still plays a big role in behavior. Corgi’s need something to bark at – even if it’s just a leaf falling from a tree. And terriers need something to grab and shake – which is why they love squeaky toys!

We can certainly teach Corgis not to bark, and terriers not to shake. The question is, should we? These are natural behaviors that need an outlet and these behaviors can be quite problematic for dogs living with humans. In fact, if there is no outlet for these behaviors, you may see behavioral problems develop in other areas, such as obsessive compulsive disorders.

With the advent of positive dog training methods and the many courses for dog trainers now available, we’re learning how to provide our dogs with an outlet for these normal behaviors without disrupting our human households. There are toys and activities to address almost every natural need of our domesticated dogs.

So, to put it all in a nutshell, nature is what allows a species to survive. A species adapts to their environment through natural selection and/or mutation. These adaptations should help them find a niche within their environment that hasn’t yet been filled by another species, or is plentiful enough that it can be shared. If the adaptation benefits the species, those individuals who have adapted the best will live to produce offspring with that beneficial adaptation, and those who have not adapted will either die off or find a different niche to adapt to. In other words, natural selection.

Nurture, on the other hand, is how an individual survives. Nurture is the environment we live in, and we all have to learn to survive within our environment. This type of learning is not passed on to our offspring through genetics; however, assuming the parents survive, they can then pass this knowledge on to their offspring through teaching. We’ve all seen animals teaching their young – any species that stays with their young for any length of time will help the offspring to survive, thus giving them the ability to procreate and pass their knowledge to their offspring. And so on.

For those animals who do not stay with their parents once born, it’s probably a bit of a crap shoot, but the ones with the best genetics for the environment – which includes the ability to learn – will survive.

For on-demand courses for dog trainers on this topic, go to the following links: Understanding Learning Theory or Motor Patterns, Drives, Instincts, & Fixed Action Patterns: Important considerations when choosing and training a dog

Susan Smith, CPDT-KA, CDBC is the owner of Raising Canine, LLC, (www.raisingcanine.com), which provides remote education for professional dog trainers and dog behavior consultants, as well as business and marketing educations and consulting to help their businesses, including an intensive course for those wanting to become professional dog trainers. Sue is also the co-author of the book “Positive Gun Dogs: Clicker Training for Sporting Breeds.” Sue is certified through CCPDT and IAABC. She is an ex-Board member for the CCPDT, an active, professional member of CCPDT, APDT, and IAABC, and was named APDT Member of the Year.